I was invited to create a piece for two galleries I dissected my Brain costume and used it as the framework for the installation. The adjoining galleries repesented the left and right cortex of the brain. So I created diaramas of different temporal lobes, for example the paretal lobe where thougths are formed. Each diarama contained mirrors and dolls and miniature objects that created these interior sets that the viewer had to watch from a peephole. 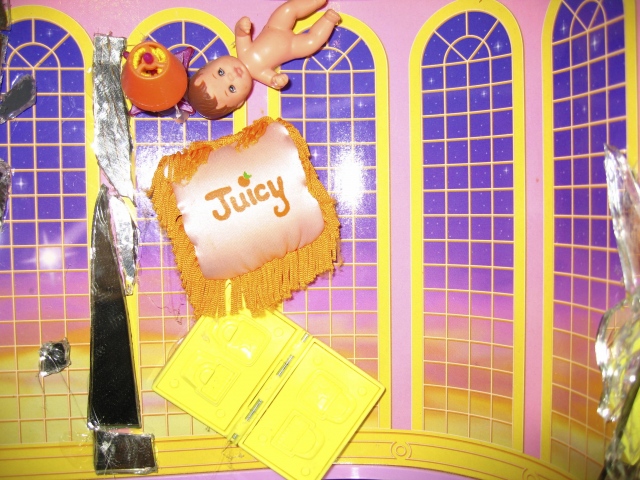 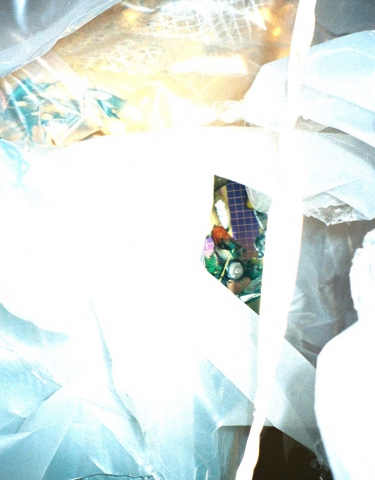 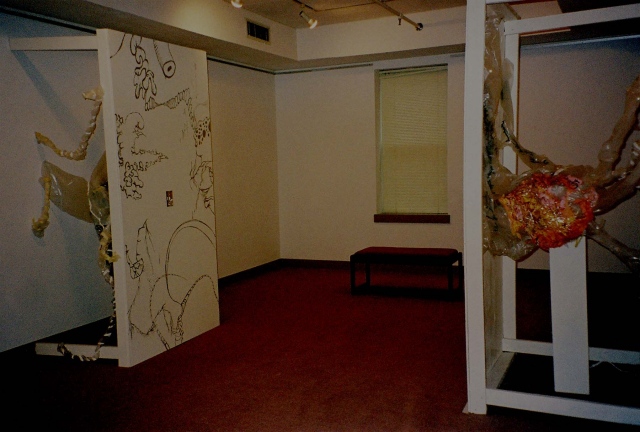 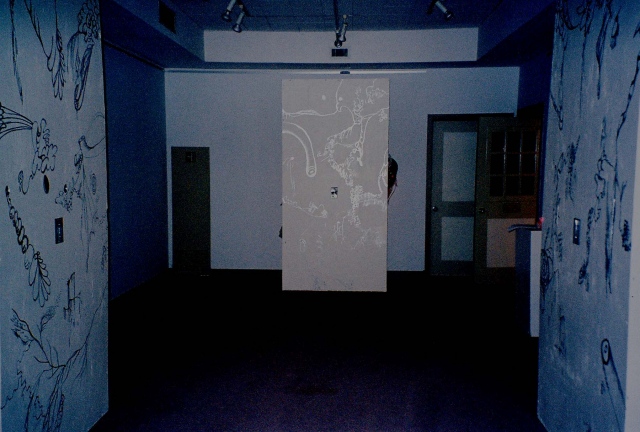